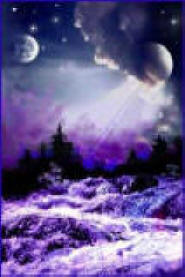 Evidence of a Worldwide Flood

Evidences of a worldwide flood can be found in more than 270 flood stories and historic records found in many parts of the world.  Following is just one of these stories:

Found in the histories of the Toltec Indians of ancient Mexico is a story of the first world that lasted 1,716 years and was destroyed by a great flood that covered even the highest mountains.  Their story tells of a few men who escaped the destruction in a "toptlipetlocali," which means a closed chest.  Following the great flood, these men began to multiply and built a very high "zacuali," or great tower, to provide a safe place if the world were destroyed again.  However, the languages became confused, so different language groups wandered to other parts of the world.

The Toltecs claim they started as a family of seven friends and their wives who spoke the same language.  They crossed great waters, lived in caves, and wandered 104 years till they came to Hue Hue Tlapalan (southern Mexico).  The story reports that this was 520 years after the great flood.